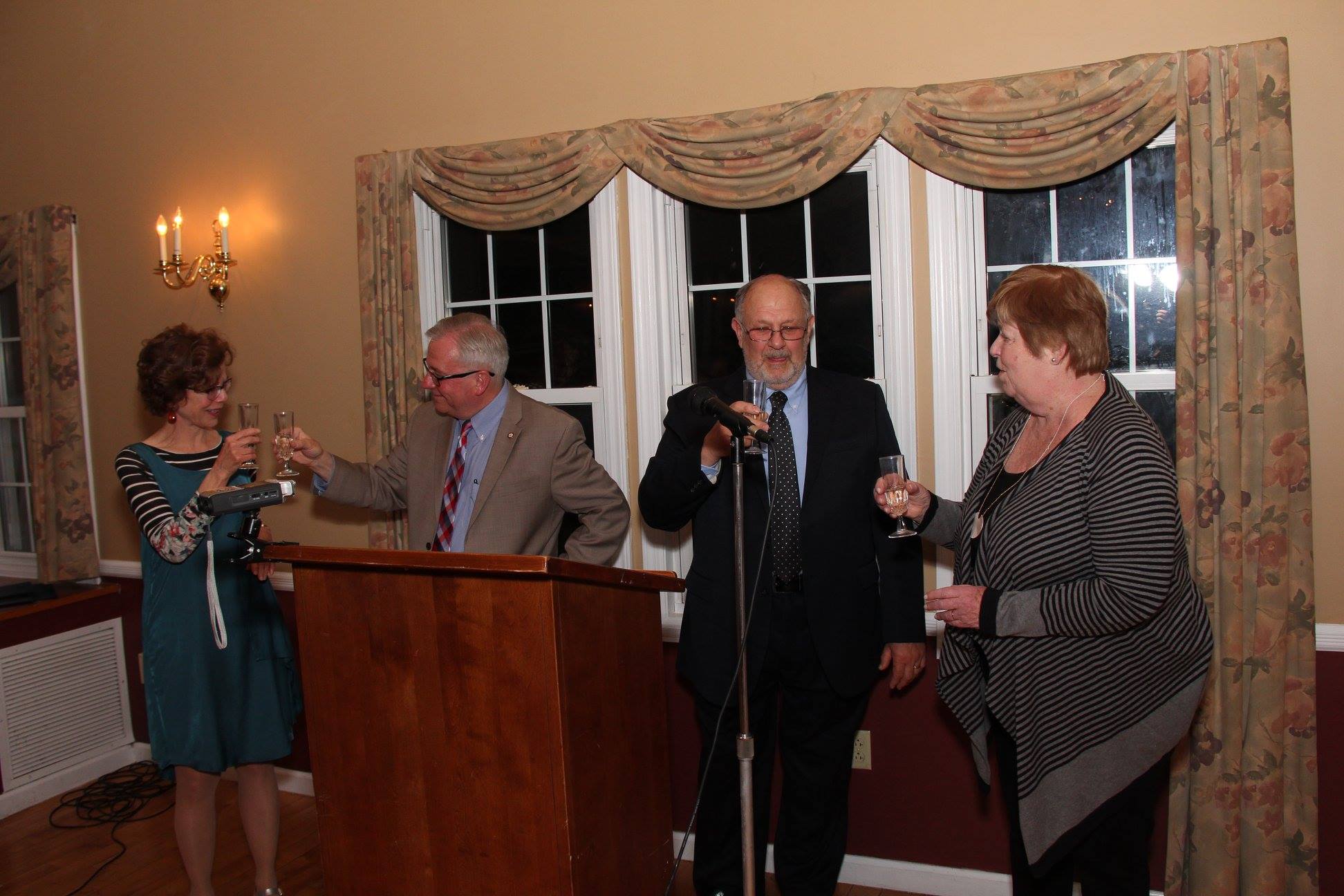 Matt Knickerbocker (second from left) and Rich Straiton toast with their wives, Adrienne Thompson (far left) and Sharon Straiton, after announcing their campaign.

On Saturday evening, at the conclusion of the annual Bethel Democrats fundraiser banquet, Matt Knickerbocker and Richard Straiton took to the podium to announce to the 130+ supporters in attendance that they were officially beginning the campaign for their sixth terms as First Selectman and Selectman, respectively. “We love what we do, and there is no greater honor than serving the wonderful people of Bethel, as we have done for the past decade,” Knickerbocker said.

The crowd applauded the announcement, as they raised their glasses to toast the two Democratic town leaders. “We’re at a crucial point not just nationally or at the state level, but locally, too. Experience matters. Voters want to know that their country, their state, and their community is in capable hands during uncertain times,” Knickerbocker added.

Nick Vitti, chairman of the Bethel Democratic Town Committee, added, “The quality of life in Bethel, and the improvements that we all enjoy, are directly attributable to the leadership of Matt and Rich, their willingness and abilities to work across party lines, and their commitment to always putting the interests of the people of Bethel ahead of all else. We’re ecstatic they’re committed to running. The party is behind them 100%.”

“I’m proud of what we’ve accomplished so far, and excited to continue our work for another two years,” Straiton said.

The municipal election will be in November. While that is several months away, please remember to vote on Thursday April 11 on the 2019-2020 Bethel Budget. Polling places will be open from 6 a.m. to 8 p.m.