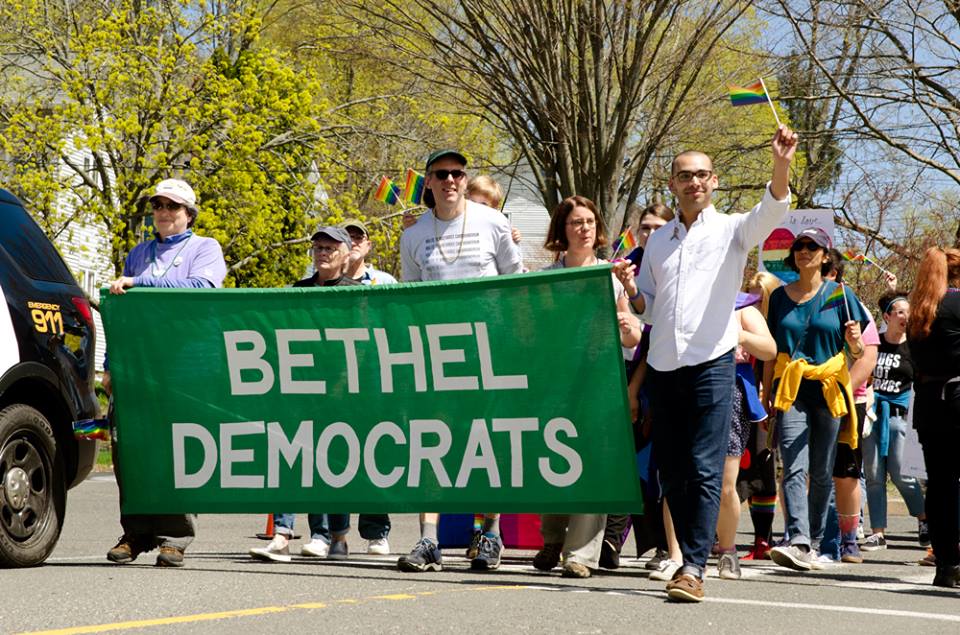 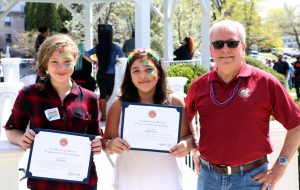 The weather was gorgeous last weekend as Bethel Democrats joined hundreds of residents and visitors on Sunday for the town’s first Pride parade, organized by a pair of local 12-year-olds, Hailey Gesler and her friend Marcella Antunes. The two middle schoolers decided to organize the parade after doing a project on LGBTQ rights for English class.

The parade marched from PT Barnum Square and ended at the municipal center, led by a pickup truck adorned with a rainbow of handmade flowers. The Bethel Democrats marched not far behind the lead float.

A good time was had by all on the lawn of the municipal center with music, food, and vendors selling an assortment of goods and services. Artisans displayed their jewelry; photographers took commemorative pictures of attendees; a number of organizations had informational booths; and singer-songwriter Wrabel performed live. 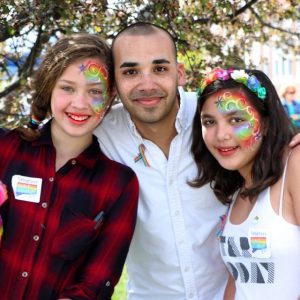 After giving people time to visit, Hailey’s mother Alexis, led off the speakers by welcoming everyone to the event. She was later joined at the podium by keynote speaker Chris Avery Bennet, an LGBTQ activist from Newtown who started the blog “Make a Difference” in high school, as well as Pastor Rachel Fay Beam of the First Congregational Church of Bethel, Katelyn Owens of the Triangle Community Center, and the Bethel Democratic Town Committee’s  Vice Chairman, Raghib Allie-Brennan.

“Today we are all part of a legacy that is changing not only our community, but the world for the better,” Allie-Brennan said.