Meet the Candidates for Our Land Use Commissions! 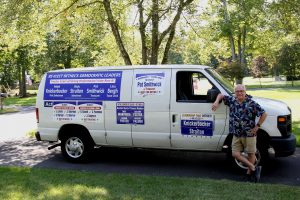 Whether you are a new resident or a current resident registering for the first time, we welcome you! Your decision to register as a Bethel Voter is vitally important to our democracy and the leadership and management of our town, state, and country.

In Bethel, we enjoy a town meeting form of government, a New England tradition. Our Town Charter requires us to elect or re-elect our Board of Selectpersons every two years.  We also elect members of Boards and Commissions for two or four-year terms.  This gives you the opportunity every two years to help select the people who will manage and guide the direction of our town.

We are fortunate to have the leadership of First Selectman Matt Knickerbocker (D) and Selectman Rich Straiton (D) for six consecutive terms (twelve years).  Under their direction and the Democratic leadership on our Board of Finance, Bethel has:

Democratic majorities on our Boards and Commissions are vital to continuing our trajectory of managed growth, financial stability, educational excellence, and community safety and well-being.

Let’s keep Bethel flourishing by electing fellow citizens committed to democracy for all. The best way to ensure Bethel’s deserved reputation as one of Connecticut’s best small town is to have a tremendous turn-out of Democratic voters and unaffiliated supporters on November 2nd.  Please cast your vote for Bethel’s Democratic candidates!

Meet Our Board of Education Candidates!

Meet Our Board of Finance Candidates!

To Our Bethel Neighbors 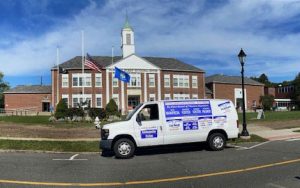 Campaign season is upon us, and Bethel’s Democratic Party is excited! We have an incredible slate of new candidates and incumbents running for our boards, commissions, and elected positions. To ensure everyone’s safety, our campaign strategy will look a bit different this year.

Bethel is an incredible place to call home. We need YOU, our Democratic and Unaffiliated supporters, to keep it that way! Democratic majorities on our Boards and Commissions are vital to continuing our trajectory of managed growth, financial stability, educational excellence, and community safety and well-being. We need YOU to support the Bethel Democratic ticket on November 2. 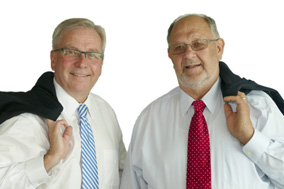 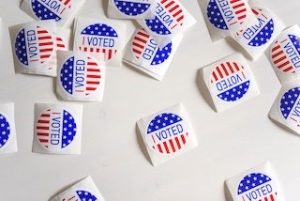 Although this concept is a centerpiece of my opponent’s campaign this election, voters should know it was adopted unanimously over a year ago by the Board of Selectmen.

What is it, why is it needed, and how will it help?

Major projects are usually funded through the use of construction estimates. Typically, an architect is hired to create a design concept and cost estimate. A referendum is then held based on the concept and estimates.

If the project is approved, only then does the work begin to turn the architectural concepts into actual blueprints and publish bid invitations to obtain real costs. This process can sometimes take more than a year following the referendum.

Recently, we have seen a great deal of volatility in construction pricing. Labor and material costs have risen sharply, pushing project costs higher than the amount approval. Unfortunately, this has affected nearly all of our projects in recent years.

When this happens, there are only two possible solutions. The first is to reduce the scope of the project, a process called “value engineering.” The building might be reduced in size, or cheaper materials chosen, or certain features removed completely. Voters end up getting less than they thought they were getting, sometimes much less.

On occasion not even aggressive value engineering is enough to overcome severe pricing changes, and then the only option is to seek additional funding. This occurred with the police station project as well as the Bethel library, whose entire upper floor was left vacant and unused for seven years before funding was available to complete it.

How can this problem be prevented?

The obvious answer is to stop using estimates in referendums, and instead use actual bid costs. The shovel-ready plan asks voters to approve the project in two votes instead of one. The first vote is to provide money to create a complete shovel-ready project, including all blueprints, engineering specifications and bids; a second vote would then be held based not on estimates, but on actual bid documents. This eliminates the danger of using estimates that may be stale in a few months.

Taxpayers’ interests are protected using this method. Prices cannot change, because they are based on formal, bonded bids, rather than estimates. Taxpayers are also guaranteed to get exactly the building they approved, instead of one shrunken with compromises and reductions due to unexpected cost changes.

While this method is a bit more complicated, I believe this is the best way to avoid unexpected cost changes that threaten the integrity of our construction projects.